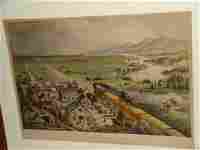 Sell a Similar Item
Don't Miss Your Next Treasure.
Set up a search alert to hear when Lithograph Prints & Multiples items arrive. 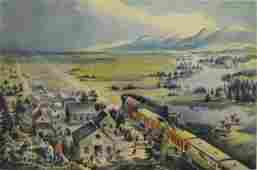 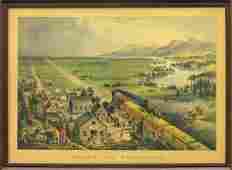 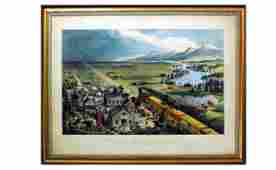 138 Currier Ives Across The Continent Colored 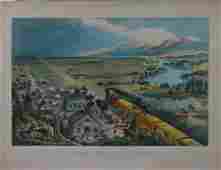 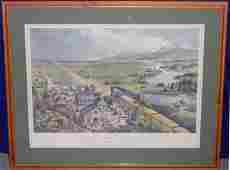 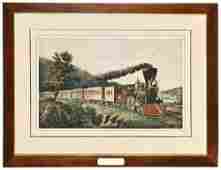 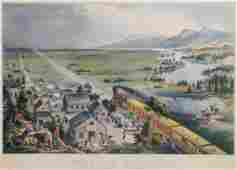 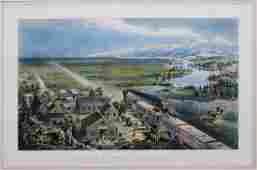 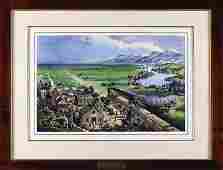 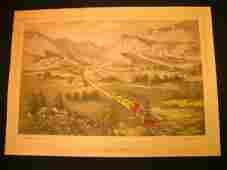 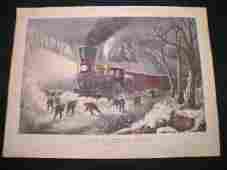 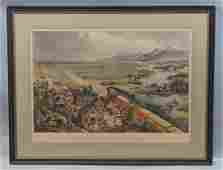 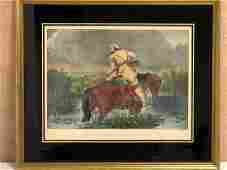 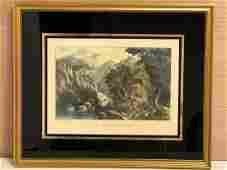 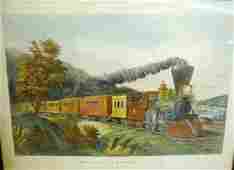 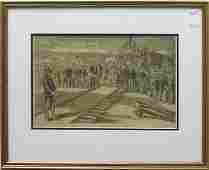 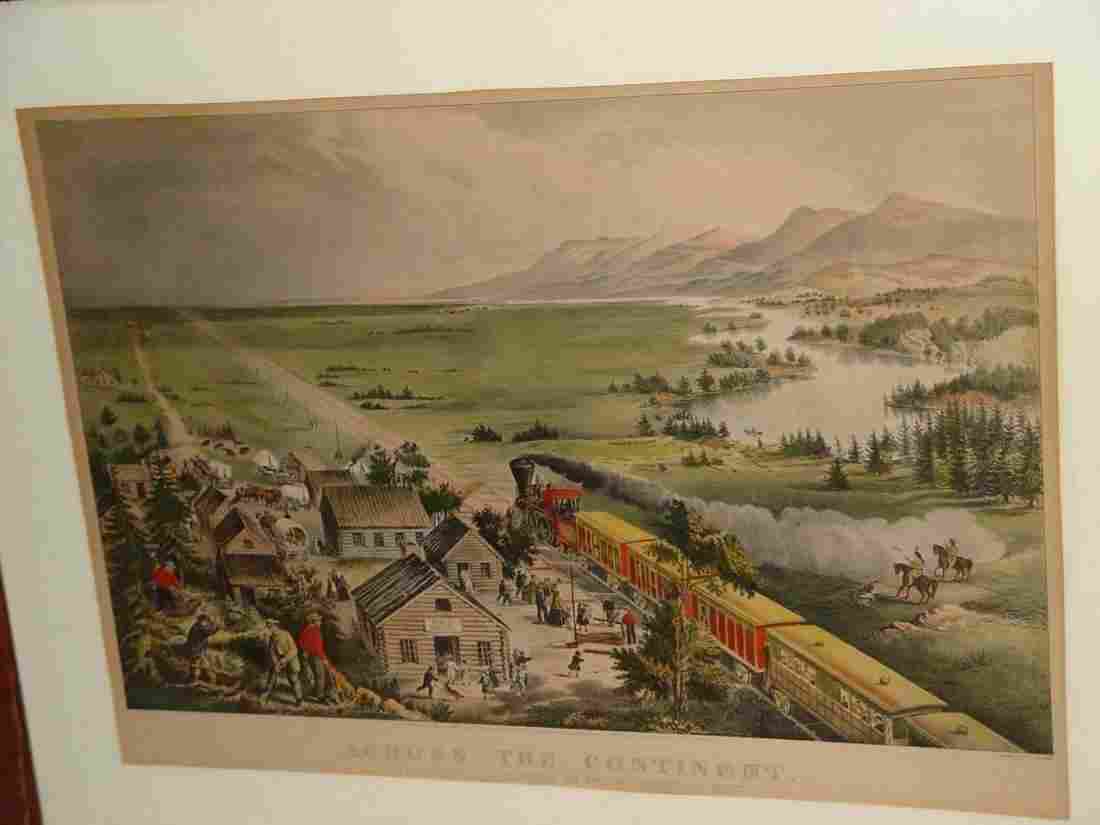 CURRIER IVES ACROSS THE CONTINENT RAILROAD LITHOGRAPH
CURRIER AND IVES (PUBLISHERS) ACROSS THE CONTINENT: 'WESTWARD THE COURSE OF EMPIRE TAKES ITS WAY (G. 39; 2085)
Hand colored lithograph with touches of gum Arabic, 1868, after the painting by Frances F. Palmer, on stone by James Merritt Ives, with large 3-4 inch margins and lower publication line, backed with Japan. This is one of the most important and sought after work by CURRIER & IVES and would make an impressive addition to any fine Americana collection.
DETAILS:
- SIZE: 20 x 28 In. (artwork) / 30 x 30 In. (framed).
- CONDITION: Slight foxing and discoloration in the margins. Strong impression, vivid color, overall very good to excellent condition.
BACKGROUND:
In 1868 the lithography firm of Currier & Ives produced this fanciful print dramatizing the railroad heading into the American west. A wagon train has led the way, and is disappearing into the background on the left. In the foreground, railroad tracks separate the settlers in their newly constructed small town from the untouched scenery populated by Indians.
And a mighty steam locomotive, its stack bellowing smoke, pulls passengers westward as both settlers and Indians seem to admire its passing.
Commercial lithographers were highly motivated to produce prints they could sell to the public. Currier & Ives, with their developed sense of popular taste, believed this romantic view of the railroad playing a major part in the settlement of the west would strike a chord.
People revered the steam locomotive as a vital part of an expanding nation. And the prominence of the railroad in this lithograph mirrors the place it was beginning to take in the American consciousness.
This work is a pictorial account of American history and would make a stunning museum quality addition to any fine Americana collection.

gone with the wind lamp

beauty and the beast