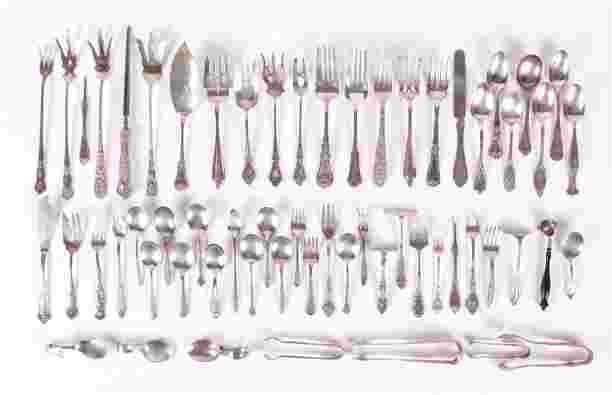 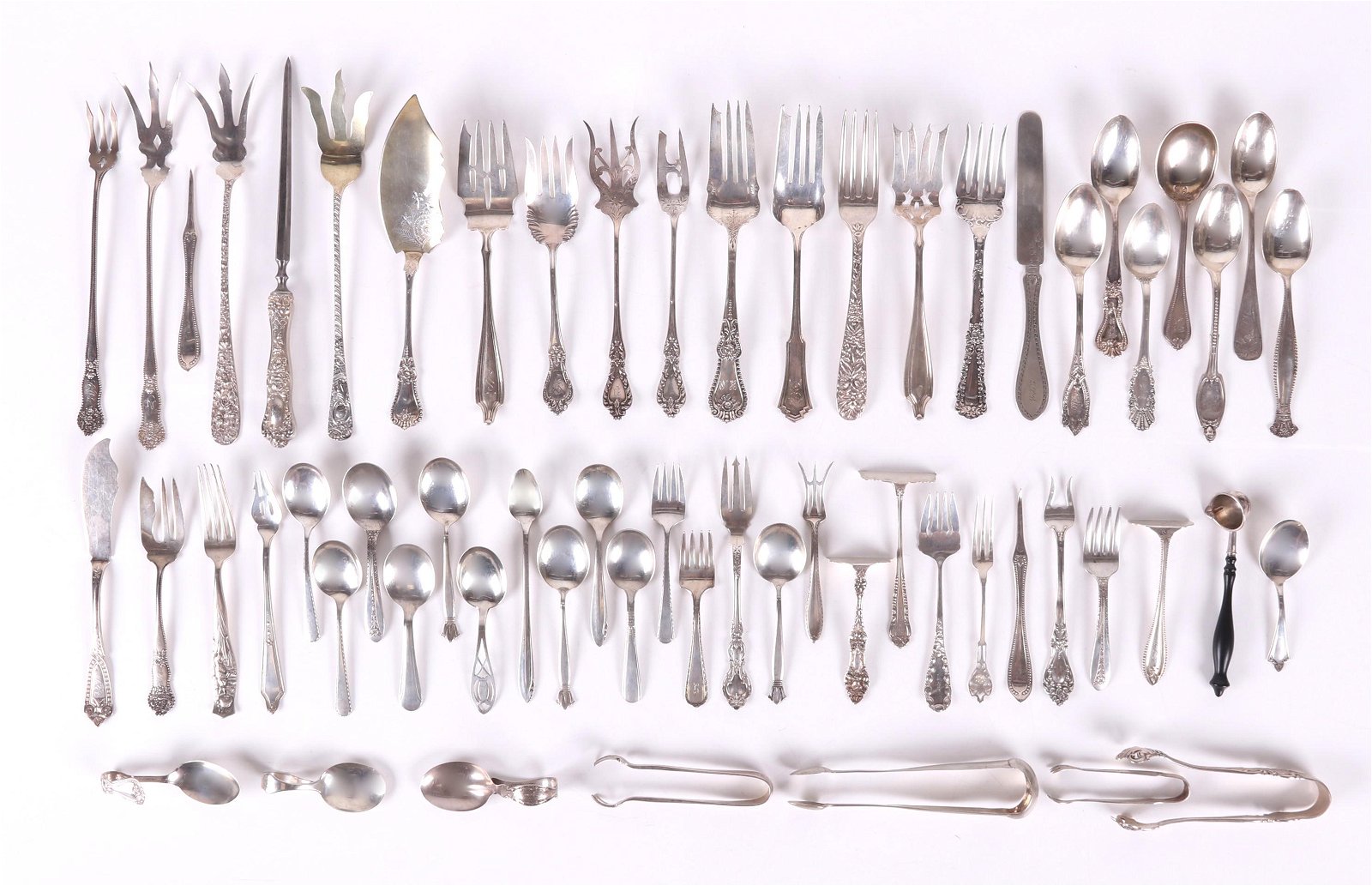 Dimensions: From 2 7/8" to 9 1/2" long. The total approximate combined weight is 42.5 troy ounces. We do not include the weight of any pieces that have steel/wood elements or that are loaded/weighted.

The Watson olive fork is missing a tine. Some of the pieces have dings. Otherwise good with expected wear.

3,299 Followers
Get notifications from your favorite auctioneers.
Locati, LLC online auctions by: