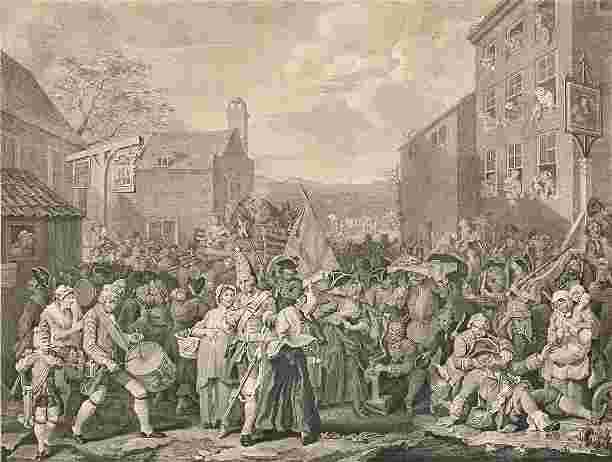 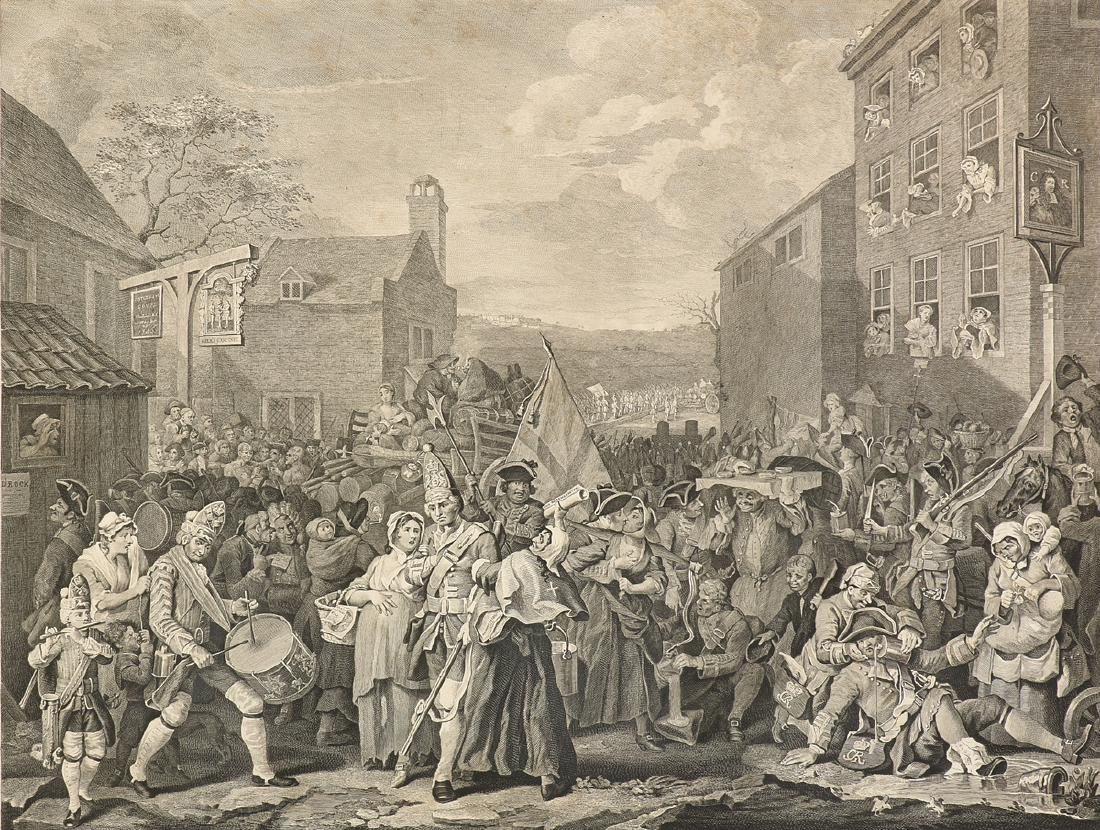 WILLIAM HOGARTH (English 1697-1764) A COPPERPLATE ENGRAVING, "A Representation of the March of the Guards towards Scottland, in the year 1745. To His Majesty the King of Prussia, an Encourager of Arts and Sciences! This Plate is most humbly Dedicated," ink on cream laid paper, "Printed by William Hogarth & Published December 31, 1750. According to Act of Parliament. Engraved by Luke Sullivan. Retouched and improved by William Hogarth, republished June 12 1761," museum mount, 100% rag mat and back, three linen hinges. Paper: 19 3/8" x 26 1/2", Plate: 17 5/16" x 22 1/8", Image: 16 3/8" x 21 3/8" NOTE: The scene is set at the Tottenham Court Turnpike north of London, where the English Guards gathered before marching to Finchley to guard the northern approaches to the capital against expected Scottish invaders. Their chaotic disarray before departure is contrasted with the orderly formations of troops in the background, ready to march. After William Hogarth's death, Mrs. Hogarth, issued prints until her death in 1789, whereupon, a cousin inherited the plates, and she sold them for an annuity to a publisher sometime at the turn of the 19th century.

Some foxing mostly on right half of paper but occasionally throughout, a mild yellowed tone, some darkening at edges, a few creases, some laceration at plate edges mostly at left side, some pencil markings on outer edges and verso, a very good well inked printing, overall in very good condition, wear commensurate with age.