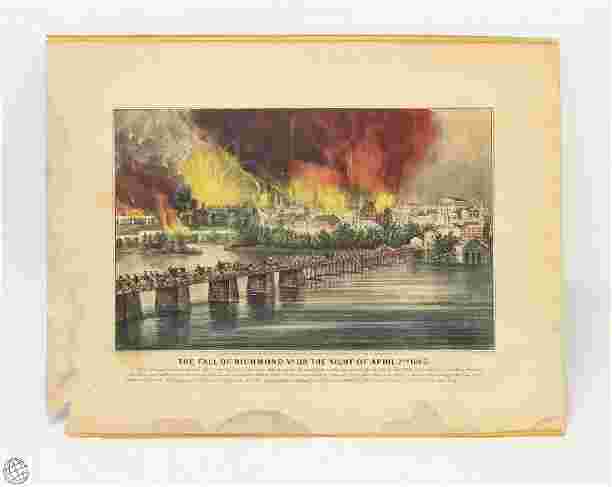 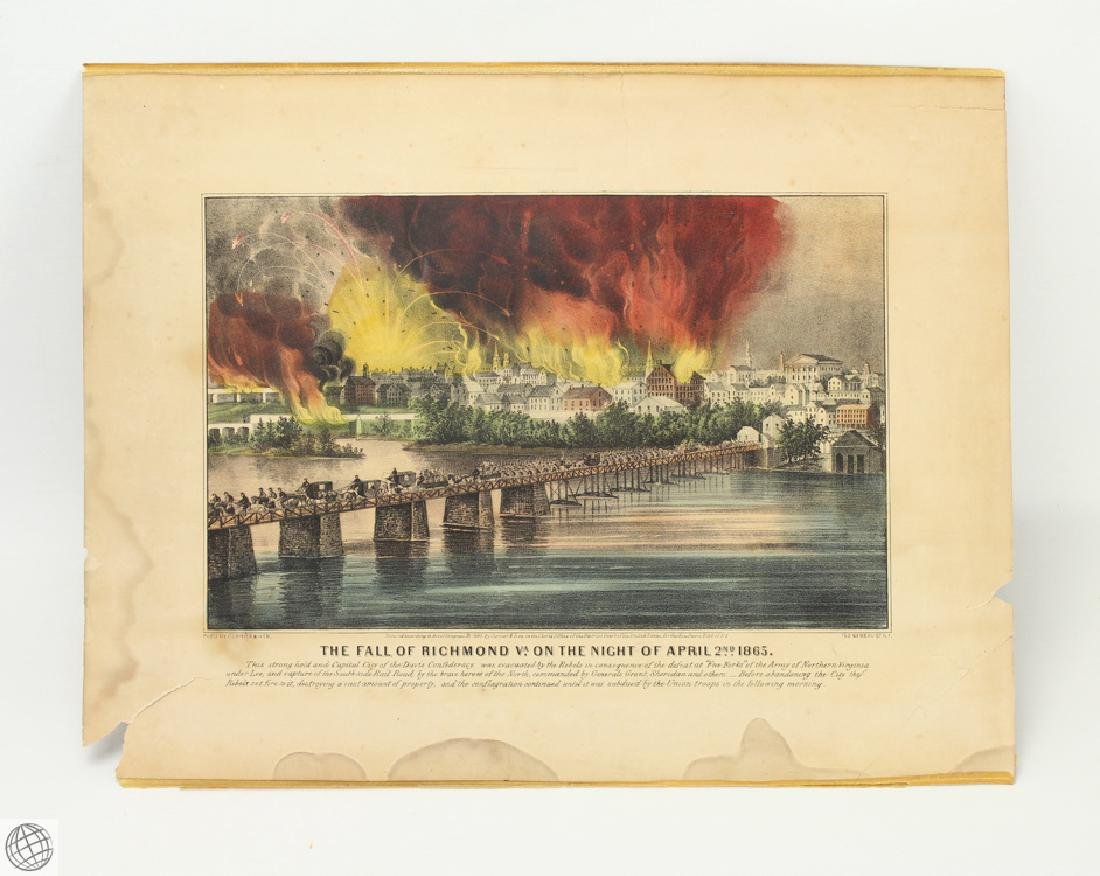 Caption reads, "This strong hold and Capital City of the Davis Confederacy, was evacuated by the Rebels in consequence of the defeat at 'Five Forks' of the Army of Northern Virginia under Lee, and capture of the South Side Rail Road, by the brave heroes of the North, commanded by General Grant, Sheridan, and others.- Before abandoning the City the Rebels set fire to it, destroying a vast amount of property; and the conflagration continued until it was subdued by the Union troops in the following morning."